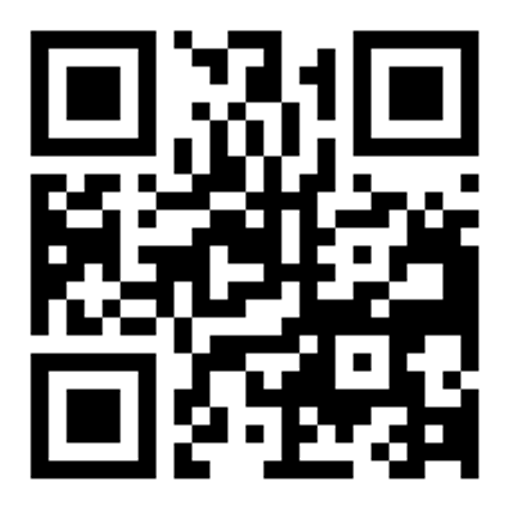 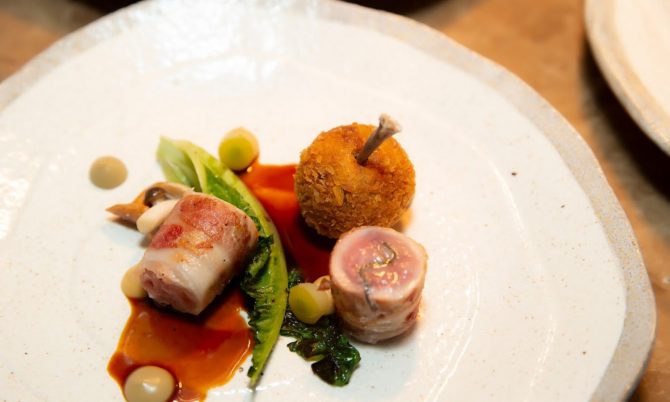 1
Quail breast roll method Place the quail breast on a chopping board, and sprinkle salt and pepper.
Put a sage leaf on top of each quail breast, and lay another quail breast fillet on it.
Roll up and wrap each breast with plastic film and chill for two hours.
Take out from the freezer and take remove the plastic film paper as well.
Roll again for the second time with a pancetta ham strip.
Make sure the ballotine is very tight to keep a nice shape.
Cook the quail roll sous vide at 52* for 42 min.
Remove the quail rolls from the hot water and chill in a blast chiller fro 5 min untill became hard.
Keep it in a cold section until needed.
2
Leg confit process Lightly cover the quail legs with all ingredients and leave to cure for 3 hours.
Rinse off the salt and pat dry thoroughly.
Melt the duck fat in a saucepan and bring it to a temperature of 95°C.
Submerge the quail legs in the fat and leave them to cook for three hours, either on the hob or in the oven, making sure that the fat remains at 95°C.
Using a slotted spoon, carefully remove the quail legs and drain them on a kitchen towel and chill until needed.
3
Quail deep-fried balls method Divide the meat from the bones and set it aside.
Clean the bones and keep them for later use.
Shred the meat and add pistacchio, foie gras and yellow raisins.
Adjust the seasoning with salt and pepper and make some balls of about 25-35gr each.
Cool in a blast chiller for 45 min.
Prepare a bowl of whisked egg, a plate of flour and a tray of breadcrumbs.
One-by-one toss the balls in the flour, then in the egg, and finally coat in the breadcrumbs (one time in the flour, twice in the eggs and breadcrumbs).
4
Finalize dish Heat one tablespoon of vegetable oil in a skillet at medium-high heat, and cook quail ballotine for no more than 2 min on all sides.
Deep-fry the balls at 145* for 25 sec, and drain them on kitchen paper.
Keep in a warm place the balls with leg bone inside and the ballotine.
Lightly sear the romaine lettuce in a plancha with some oil, salt and pepper.
Dress the plate with lettuce, quail ballotine and deep-fried quail ball.
Add garlic and eggplant puree with sous vide apples and seared chanterelle and Shimeji mushrooms. (nessun riferimento a come si faccino questi, metti nelle note magari?)
Finalize with quail jus and salt flakes.
Serve immediately.

Spaghetti with Scallop and Bottarga

Follow my life blog to discover secrets behind some of my best masterpieces. 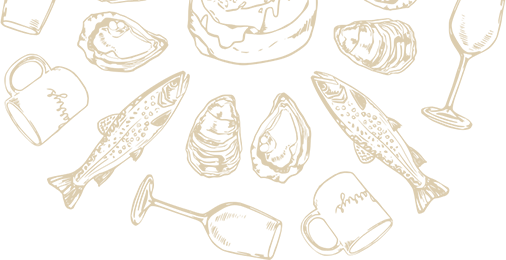